Kisame Hoshigaki is a tall and musclar shinobi from Kirigakuren, which is nicknamed “Monster of the Hidden Mist”. What makes him very distinctive are his shark-like features that he inherit from his clan. He also possesses a sword called “Samehada”, capable of consuming other’s chakra and with wich he can fusion to become the “Tailless Tailed Beast” as he refers himself to. Partnered with Itachi Uchia, he’s a member of the Akatsuki Organization and possess in this matter, a ring just as every single members. Kisame Ring “nan” (“South”) is yellow in colour and he wears it on his left ring finger as opposed to Itachi which ring is worn on his right ring finger, sounds like a coincidence to us ? If you wish to fully integrate the Akatsuki team, you must get hold of one of the rings, why not Kisama Hoshigaki Ring ? You’d make a perfect team with Itachi! This ring is fully resizable so don’t even worry about your fingers being too big or too small, we got you. 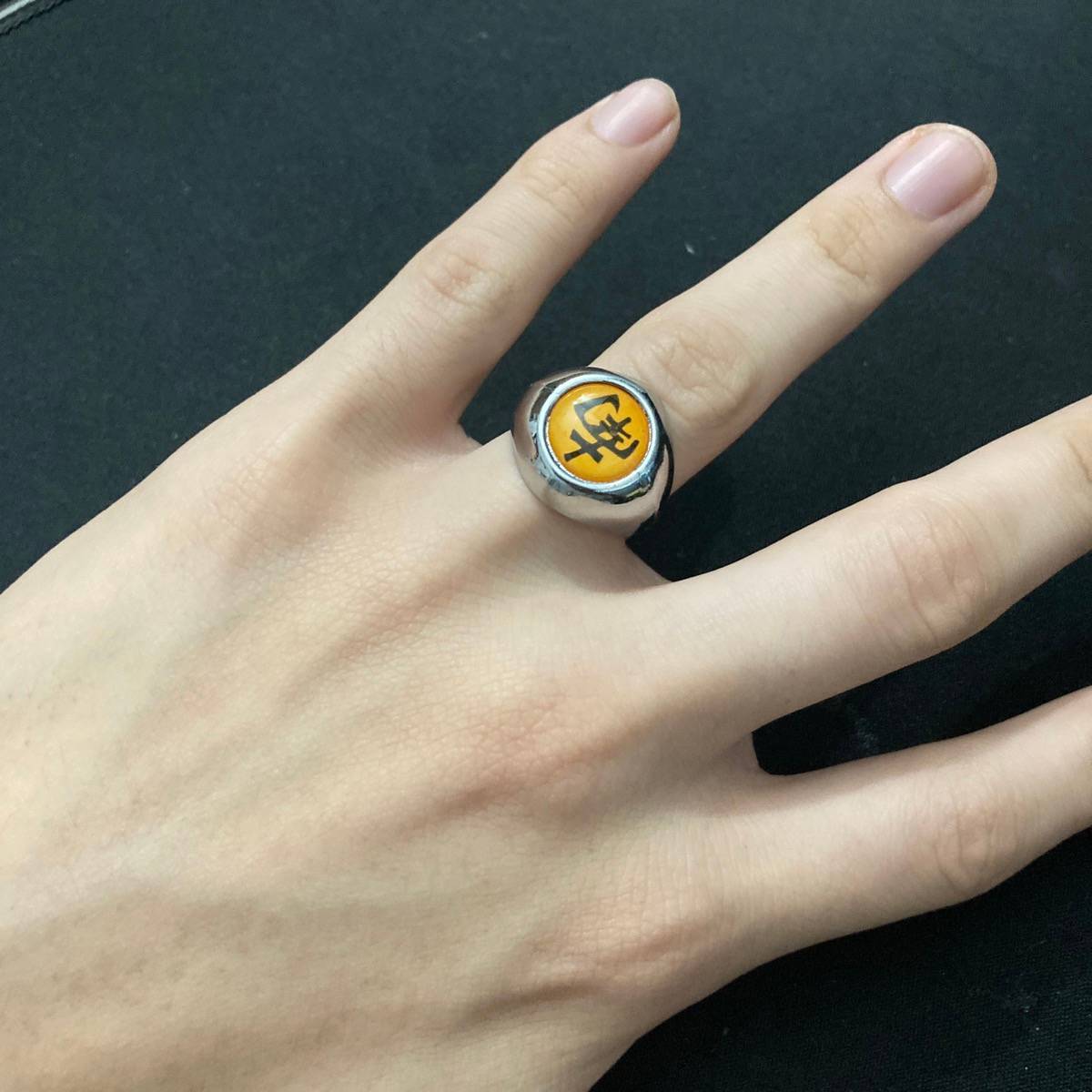 About the Kisame Ring

In the anime and manga series Naruto, the kisame hoshigaki akatsuki ring is worn by Kisame Hoshigaki, a member of the Akatsuki. The ring is inscribed with the kanji for “blue” (青) and is worn on Kisame’s left middle finger. In the story, the Akatsuki is a group of ninja who seek to capture the nine tailed beasts. These beasts are said to contain immense power and can be used to destroy entire villages. As such, the Akatsuki is a feared and powerful organization. The kisame hoshigaki akatsuki ring is a symbol of this power and fear. It is also a reminder of the dangerous and deadly mission that Kisame has taken on.

Be the first to review “Kisame Ring” Cancel reply