Itachi was already talented from his youngest age, joining the ANBU forces at only 11 while the age requirement to be part of the special force organization is 13, making him the only exception in Konoha for this rule. Thanks to his Mangekyou Sharingan, Itachi can use his Susanoo, a powerful creature that he can manipulate with his will! Even though draining because it requires large reserves of chakra, Itachi can make great use of it. Itachi’s Susanoo is yellowish-orange in the anime, it is different in color from Sasuke’s one. This Susanoo Itachi Figure pictures Itachi using his complete body Susanoo! Measuring about 33 centimeters, this Itachi Susanoo Figure will be a great feat to add on your desk. Feel the tremendous power that lives within this Itachi Susanoo Figure! Fear the power of Itachi Uchiha! 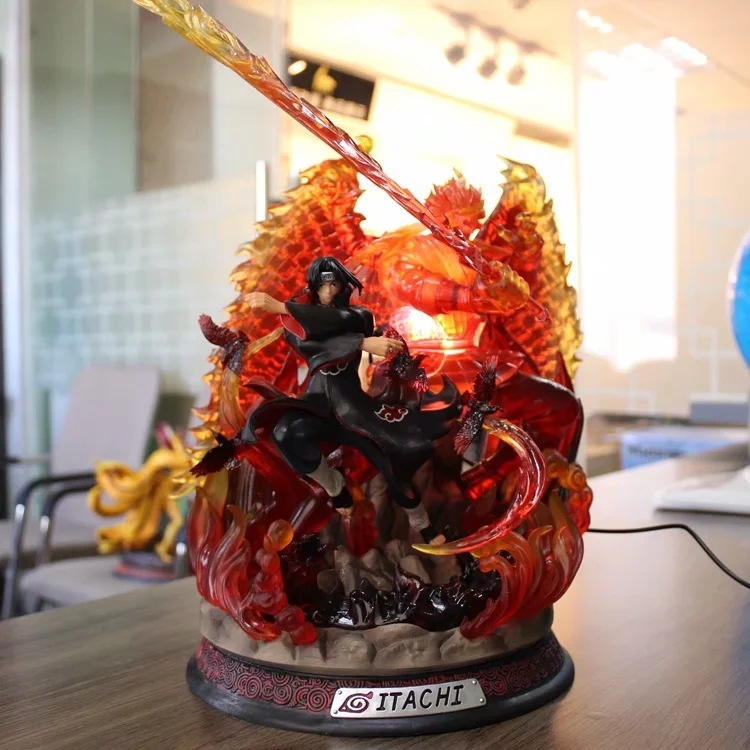