Deidara was a missing-nin from Iwagakure, the village Hidden in Stone. Being forced into joining the Akatsuki, Deidara was partenered with Sasori at first and Tobi later. He was also provided with a ring, the blue ring with the japanese Kanji “ao” and “shō”, meaning blue and green. Deidaras Ring is worn on the right index finger. It also seems an important tool necessary to seal the tailed beasts. When Deidara loses his arms while fighting against Gaara, he also loses his ring. He become distraught and he’s more concerned in finding the ring, seemingly not caring about his lost arm. The Daidara Ring is made out of zinc alloy and weight 9G. It can be worn for cosplay events, halloween or even for casual use. If you’re ready to endorse an important role in the Akatsuki organization, get your Deidara Ring now! Your contribution to Akatsuki will be appreciated by all of its members. 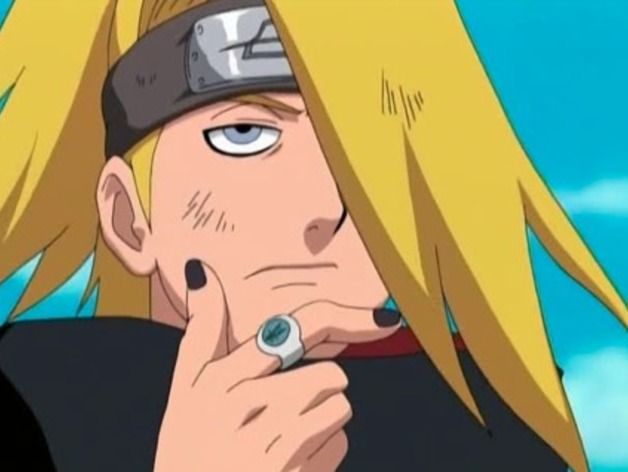 About the Akatsuki Organization

In the anime series Naruto, the Akatsuki is a secret organization of powerful ninja whose ultimate goal is to conquer the world. Deidara is one of the members of this group, and he wears a distinctive ring with the kanji for “lightning” on it. This deidara ring may seem like a simple piece of jewelry, but it actually plays an important role in Deidara’s unique fighting style : this deidara ring is a symbol of his status as an artist and reflects his unique approach to combat. By infusing his clay with chakra, Deidara can create explosive attacks that are capable of annihilating entire villages. The deidara ring helps to focus and control this powerful chakra, making it an essential tool for Deidara’s ninja arsenal.

What is the Deidara ring’s meaning ?

The deidara ring is a powerful artefact belonging to the elite ninja organisation known as Akatsuki. The deidara ring is said to be made from a rare and extremely tough metal, and it is rumoured to be indestructible. Akatsuki uses the deidara ring to seal away powerful ninja who are a threat to their plans. In the story, deidara is a young and talented ninja who joins Akatsuki. He quickly becomes one of their most valuable members thanks to his unique skill: the ability to create explosive clay sculptures. Deidara wears the deidara ring on his left middle finger, and it plays an important role in his character arc.

Be the first to review “Deidara Ring” Cancel reply